The things you don't expect when you're expecting: Hello

Our Maternity Blog bringing you real life pregnancy/labour/birth experiences from Jo Lambert, Matron of Women's Health and Rachel, one of our Maternity Voices Partnership members.

Our Mission is to be OUTSTANDING for our patients, our communities and each other

If you have been given an outpatient appointment at the hospitals and are unable to attend for whatever reason you can use the form below.

It is really important that you let us know of any changes as soon as possible. This means we can offer the original appointment to another patient.

Please complete the form below with your contact details and as much information as possible. You can find most of the information we need on your appointment letter.

If you have any problems using this form, please call the number on your appointment letter and we will do our best to help you. You will receive a response from us so you know it has been received and actioned.

If you wish to change the date and time of your appointment you, you can click the re-book option and state any dates that are not suitable for you, or you can contact us using the number on your appointment letter.

Asking a midwife what to expect during and immediately following birth is something that is almost always part and parcel of antenatal education and a big topic of conversation. How will I know? What does labour feel like and does it hurt? Are the most frequently asked questions. These loaded questions are so difficult to answer in a way that doesn’t sound like a text book, or a way that is really meaningful because labour and birth is so emotive, subjective and actually try as I might 4 babies later, I cannot tell you exactly what a contraction feels like.

I have watched many women birth. No one experience is the same, each person’s journey distinctly unique. The things that you think are self-explanatory about birth are sometimes not. For example, I remember my sister’s absolute joy and elation to get to the end of labour, push her baby out, and feel like she had conquered the world only to find that she had not finished- You should have seen the look of utter disgust that came along when I told her that she needed to birth her placenta. – How I ask did a midwife’s sister not know that she would have to part with the afterbirth almost straight away after her baby? Of course she knew she had one, and that it couldn’t stay inside, but the fact that she had to actually be part of getting said placenta out was a shock to her- it just never occurred to her to be worried or give it a minutes thought. Let’s fast forward 30 minutes, placenta out √ and we then told her we needed to check whether she needed stiches, to which she simply said you have got to be joking…….. Admittedly it was her first baby and things have changed in the last 10 years since she gave birth for the first time, but what are the REAL reality’s of labour and birth and who should tell us….

So I introduce Rachel.

Rachel is a version of maternity voices. Not exactly what NHS England would have described a maternity voices partnership but as far as I am concerned an equally important partnership, and actually maybe a better way to get feedback?

Rachel is the newest mummy, she has an actual newborn baby and I am in awe of her. She amazes me with her ability to tell her story and that within the mayhem of newborn family that she has still found some time in the day or night as it seems to be to share her thoughts and feelings with us all. So I thank you Rachel, for being the voice of women and telling it how it is as a new parent. I thank you on behalf of the pregnant women out there who are patiently waiting for a baby and want to glimpse of their new world ahead. I thank you on behalf of the mummies and daddies that are awake with you at 3am as you write. I thank you because understanding how it really feels to be newly pregnant, heavily pregnant, finding it hard, finding it easy, in early labour in labour having a caesarean,….. and so on means something to us all. So for our first. So for our first “let’s talk about it” blog here’s Rachel- who made me laugh outloud.

Hi, yes, that's me, Rachel, Mum to 2 awesome little sleep thieves, both born at Warrington, the youngest just a week old. Keeping myself sane with the 3am feeds by writing nonsense which Jo seems to think others may find useful... I hope so.

So to start us off- Just a taster of what’s to come in our joint BLOG, bearing in mind I have just told you that on writing this I had a 1 week, yes 1 week old baby. Here are 5 unexpected things I learned during labour and immediately after:

1. The gas and air makes a farting noise!

2. My ability to swear at a comparative stranger was matched only by their ability to ignore it.

3. The sense of utter release and satisfaction upon delivering the placenta which was soon quashed by the necessity examination to check if everything is okay.

4. I normally hate sanitary towels but was glad of the "padding" provided by the extra thick maternity towels.

5. My body knew what to do not only during labour but afterwards too - it's self protection is strong and automatically quelled bodily functions (sneezing especially) until I could handle it.

So watch this space for more… including a night being a new mum, 3am is such a great time to be up, and apparently etiquette goes out of the window when you are pregnant/ new mum/ breastfeeding. 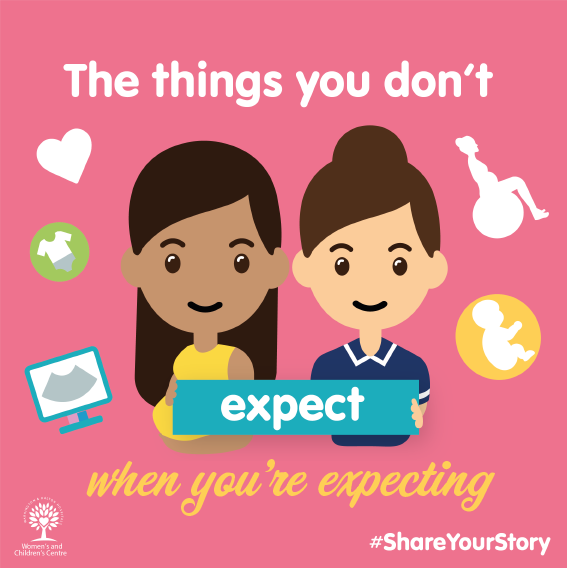 Back to Maternity Services